During my time at Rutgers Law School from 2016-2017, I translated for Spanish-speaking clinic clients on issues related to domestic violence, the criminal justice system, and immigration proceedings.

In February 2017, under the direction of Joanne Gottesman, Clinical Professor of Law and Director of the Immigrant Justice Clinic at Rutgers Law School, I volunteered and translated at an event in downtown Camden, NJ, to help immigrants designate a Power of Attorney who would be able to make decisions for the care of their children in case the family was separated through the arrest or deportation of a parent.

In September 2016, I and other members of Rutgers University’s Department of Housing and Residence Life and Camden’s Center for Environmental Transformation worked on a Camden park beautification project.

In September 2016, I and other members of the Rutgers University Department of Housing and Residence life engaged in a full day of cooking and serving those in need at Joseph’s House of Camden.

In May 2015, I along with the Latin American Law Student Association (LALSA), organized the annual Widener Law’s Relay for Life fundraising event where members contributed time and raised money to help the American Cancer Society.

From September 2010 - May 2013, I was a Resident Assistant at Douglass College, Rutgers University where I served as a mentor to 260 female freshman campus residents. In addition, I hosted bi-weekly events within the residence hall, related to mental and physical health, substance abuse, and race. Excellence on the
Profession of Law 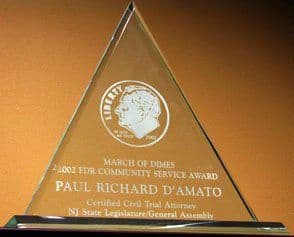